The Survival 3 Railway Network is a network of railways across the Survival 3 world with the mission of providing a high quality rail transport network using four main SRN lines that begin at Grand Central Station in Spawn and extend in each cardinal direction. It is the successor to the network on Survival 2 and Survival 1.

For current SRN guidelines/regulations, please refer instead to this forum thread.

The third iteration of the SRN network once again followed the successful and familiar cardinal structure. The visibility of the project took a large upturn, with Grand Central Station returning to Spawn, this time as one of the most prominent features. Railways are interspersed with station to provide access to new land, NTN and to break a up player's journey into observable parts. 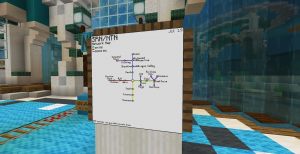 Branch line can connect to these stations, and are built by their owners to provide access to many sorts of settlements, projects, and builds.

The longest line on the network for most of its life has been the North line. Nine months after the (re)-launch of the project in the new world, it had stretched to four stations and 6059 blocks from Grand Central. The other three lines have been evenly matched, for the most part. North and East, once again, are most popular for branch line activity. 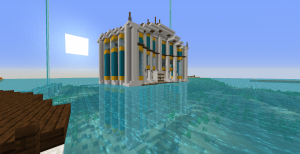 Survival 3 saw a return to the SRN being headquartered at Spawn. The building is found past the North wall of the Basin, and contains information, material storage for railway construction, thank-you wall, and decorative offices. 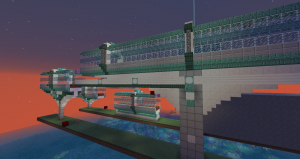 Grand Central Station was one of the first confirmed features what is now the Spawn Basin, and it was suggested and then implemented that each line take on a colour of its own for identification purposes, starting at the Grand Central flooring. However, the lines stemming from it were not even started until the final week of construction and previous SRN helper Mrs_Diss was invited to assist with rail construction. Nevertheless, the build was completed in full for the 20ᵗʰ of October - opening day, and a rather shaken SRN management team marched on into the new world. 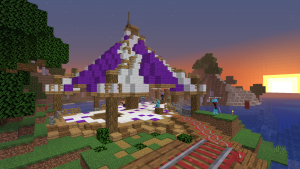 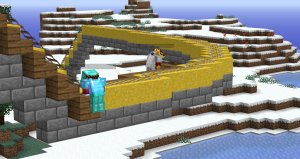 A tour of the SRN with server owner and youtuber ReNDoG was recorded on the 27ᵗʰ of April and released on the 29ᵗʰ of June. While creating large exposure and a large population boost for the server, as with previous examples of base tour videos, the SRN itself became even more widely known in the server community. Maintenance was a top priority as traffic increased exponentially overnight, created predominantly by new players from the video. Two days later, marbou9 resigned as South line manger, choosing Mrs_Diss as his successor. A somewhat impromptu 'passing of the yellow hat' ceremony saw 20 people crowd inside of SRN HQ.to watch.

Throughout August, the SRN continued to enjoy constant growth, with the openings of Meadows and Retro on the east line. August also saw the NW Avalanche Branch Line begin to open as well as the commencement of construction on the SW Winter Line. In September, Barrier station opened and in November, Relleka station was also opened. In November, Neon Station on the south opened and in December, Thornhill Station on the South opened, making all lines 5 stations long, the longest any main SRN lines have been in history. The Avalanche line was also completed all the way to Calafort, making it, the longest by far in distance a branch line has ever accomplished 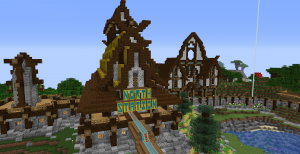 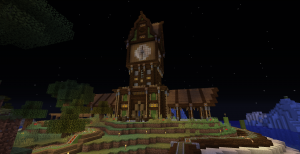 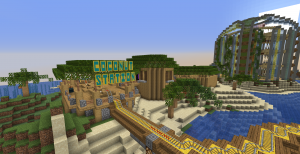 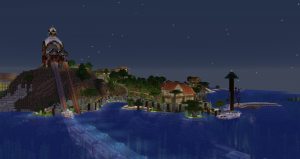 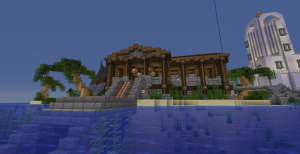