The Spawn Basin was the geographic center (coordinates: 0,0) of the Survival 3 and the origin for all players joining the world. Spawn was located in the centre of an ocean, with a large basin structure comprised of quartz, prismarine and glass holding back the water from the sea floor. Every player could teleport to spawn by using the /spawn command. As the world progressed, the surroundings of the basin grew into Survival 3's Spawn City. 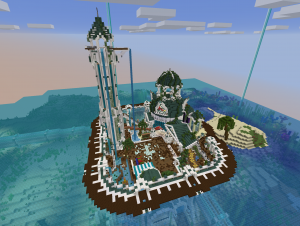 Spawn Basin at the start of the Survival 3 world 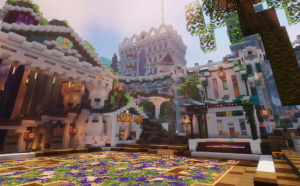 The start of the Survival 3 world coincided with the release of Minecraft 1.13: Update Aquatic. Therefore, the spawn location was in the middle of an ocean and the buildings at spawn were based on an aquatic theme.

The spawn basin had many bridges and underwater roads in different directions, connecting it with the surrounding, player-built Spawn City. 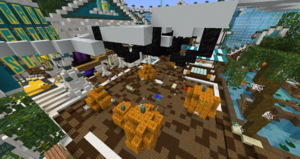 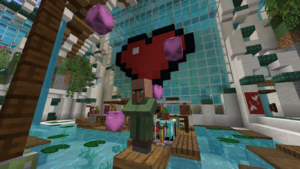 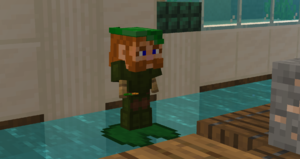 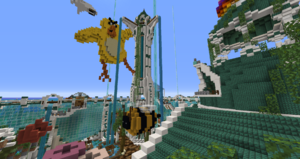 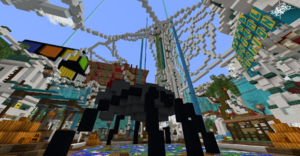 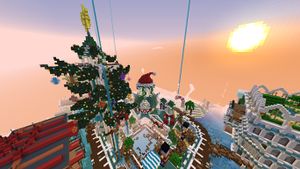 Regulations for building around Spawn were changed from Survival 2's plot system, to a less rigid version. It was set out that anyone could create one 25x25 (or equivalent size) claim around the Spawn Basin area, with no cost. While initially building activity around Spawn was modest, by the end of the Survival 3 world an oceantop metropolis began to take shape, led on by community efforts such as the completion of