The gamekeepers goal was to have Ratanga Junction available and accessible to everyone. They were successful in linking themselves to the SRN and NTN before Survival 3 came to a close. 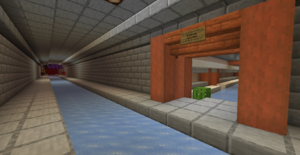 A wide range of minigames including Whack-A-Mole, Dig Straight Down, Spleef, and 1v1 Parkour were offered. There was also a Bouncy Castle and there was work on a much larger ice boat track (replacing a short-lived smaller course) which, sadly, was unable to be finished before Survival 3's end.

Ratanga Junction was named for the also-defunct theme park of the same name that was located in Johannesburg, South Africa.

Ratanga had planned to also relaunch Sur4, and a public warp was created for it to a faraway Mushroom Island on the Beagle server, but the project languished when MundareSausage left for personal reasons in the spring of 2020, and never succeeded in producing any playable games. 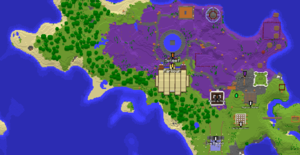