marbou9. The event was an item-gathering event in which players competed to be the first to complete a shopping list of 25 blocks by gathering them from a special 400x400 area of the world and correctly displaying them on a grid. 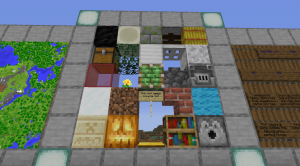