Christmas 2019 was an event on the Dogcraft Server that took place on throughout the month of December 2019. The event was accessible via the /warp xmas2019 warp.

In June 2019 the Events Committee embarked on one of the biggest server "event" builds ever. The transformation of an end island into a bustling metropolitan city.

The event then took off at great speeds, and the final product included: 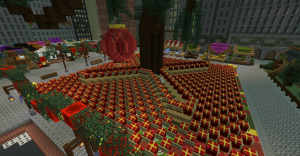 Presents under the tree

Many players also chose to leave presents under the Charlie Brown Christmas Tree.

New Years 2019 was also hosted at the Christmas Event.

At server midnight on the 31st December 2019, 27 players gathered in front of the stage, and watched the show, put together by

Some interesting facts and "Easter Eggs" 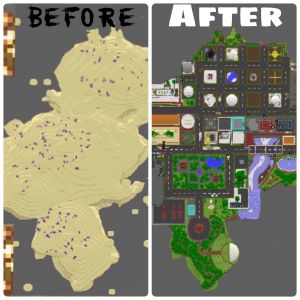