Cathedral was the base of

The Cathedral base/project was started and owned by JarrydG_ZA. There were many helpers who contributed to the project.

Prominent features of the cathedral included a dug up void floor and a small village. Unfortunately due to the size of this project it was never fully finished. 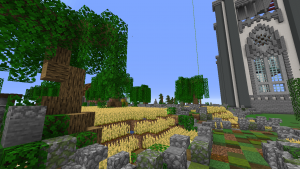 This base was founded at the beginning of Survival 3 upon finding a large mushroom island. Official work on the Cathedral was started 2 months into Survival 3. This base was inspired by the immense amount of detail found in real life cathedrals around the world. Due to the fact that a lot of digging was done on stream, many other players volunteered to help, a few are mentioned here:

The plan was to have floating islands within the dug up space below the main cathedral building which would house various farms. The area surrounding the cathedral was to be terraformed.

A significant neighbour was the Isle of Chronia to the north-west. 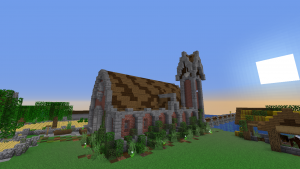