The Great Orange was the base of player

dmgdog on the Survival 3 world on the Dogcraft Server. The center piece of The Great Orange was a hole, dug down to bedrock with a decorated floor design, in the shape of an orange; thus giving it the base's name. Founded in July 2019, the once desolate swamp lands had since been built-up greatly.

The Great Orange in Survival 3 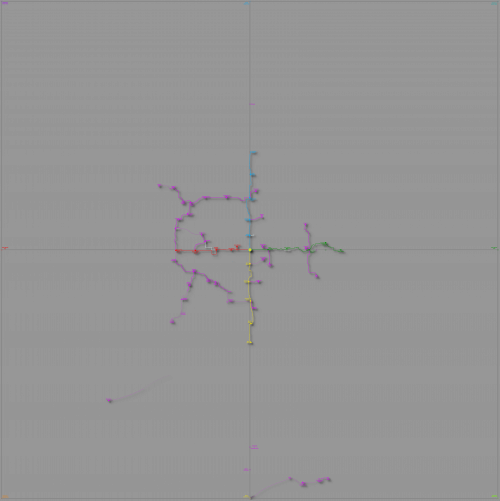 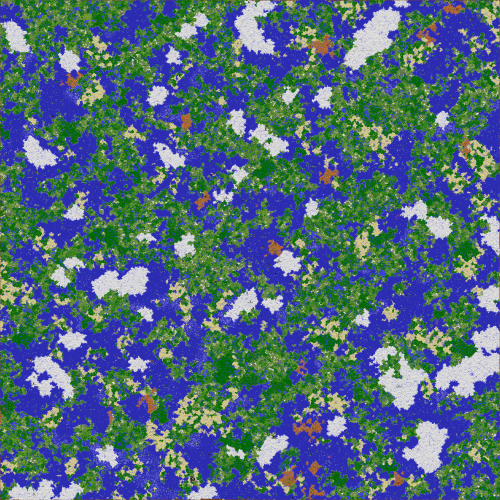 dmgdog found an area on the Grand Map that he wanted to start his base, located in the West, he started a long trek to find his desired area. Without using coordinates, it was difficult to locate, but with the help of player

Work started as dmgdog flattened a large area. Without access to a beacon, this took longer than expected. This was followed by a 3 week-long dig of a 99 diameter circle down to bedrock with some help from various players including player 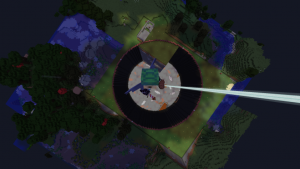 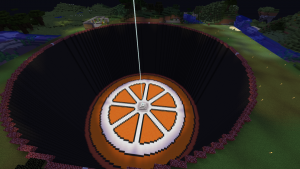 The floor design is complete

This in turn led to the creation of the block pallet for the base: orange concrete, white concrete, lava, orange glass and white glass

The main area of the Great Orange was the only complete section of the base. This was home to the storage system, super smelter, kelp and bamboo farms, as well as an instant xp furnace array. This could be accessed via a piston door to the north of the Great Orange. The block pallette remained constant with the floor design, making use of lava, orange, white and black blocks. The main storage area went through many redesigns before reaching it's final design, due to the uncertaincy

dmgdog had about the use of redstone within the base. It featured an automatic shulker loader for bulk items, and manual shulker boxes on the walls for all the other items.

The Great Orange Spleef arena was built by

dmgdog with the help of several other players and groups that donated materials. Building started on the 13th October 2019, and was completed on 2nd November 2019. Only one official Dogcraft Spleef League took place at this arena, before it's hiatus on the 3rd November 2019. dmgdog's aim was to combine the best mechanisms and features of previously built arenas. This included easy spectator viewing platforms, a fair piston player dropping system, with noteblocks, as well as automatic item collection. The arena itself followed the same build pallette as the rest of the base, and was located upon custom terraformed terrain. This build later inspired dmgdog to continue to build up this area of the base, later starting to build a horse stables for the equestrian league. The plan was to create a track that joined the bases of

dmgdog, however this was never complete due to time restraints close to the end of Survival 3.