The Road & Horse Network (RHN) is a group project focused on building and maintaining over 30 kilometers of roads across the Survival 4 Multiplayer worlds of the Dogcraft Server. The current network is mostly around the larger Husky spawn area, but ever expanding. The roads are the primary way to travel by horse, donkey, mule, foot or pig to visit all the connected cities, towns and player bases. A similar project, the .Path Network Group operates a road network on the Beagle world.

The RHN can be seen as the younger, smaller, and less organized nephew of the other travel networks: SRN (Survival Railway Network) and NTN (Nether Transport Network). 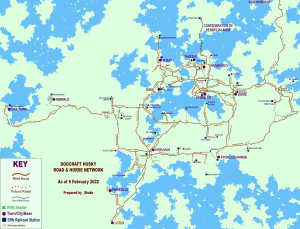 The project was first imagined as a semi-serious suggestion by

_edo (who also founded the SRN and the NTN) to add another discussion channel on the Discord SRN/NTN server, to talk about the planning and building of a road network that would go alongside the Survival Railway Network. Two roads, present-day Takeshi Road and Gaia Road, had already been built and there was potential for more. The suggestion was kindly dismissed. So instead, on July 14th, 2020, 3.5 months after the start of the Husky world, _edo started a new Discord server solely for the creation of a roads network.

Since then, the RHN has steadily grown. As of July 2021, the RHN Discord server has 67 members, 17 of whom have actually built parts of the network, and the network of roads reaches up to 7.5k blocks away from spawn. Notably,

After Survival 5 came to life, there were talks about which world(s) that RHN would join to make their roads and shelters. At first, Shepherd were announced to hold RHN which let there be a big part of the West area from Spawn to hold most of the roads as of 21st of May 2022.

TyrantrumGOD leads the charge on Shepherd, despite not being a Leader. A couple days after the launch of Survival 5, Akita was also chosen to be a world where RHN would make their roads, but talks with some people and thoughts towards if the network should stay there or not was made couple days after. Hours went by and later it went from Akita to Labrador.

_Shako leads the charge on Labrador and has made the longest road of Survival 5 so far there. Out of the two worlds, Shepherd has the most progress as of 21st May 2022.

The Merge Between Projects

On January 25th 2023, Montenator, also known as Monty, talked about an idea of a merge between .Path Network Group and Road and Horse Network. Most people liked the idea and begun some planning for builds on Akita, since that were where .PNG had their roads. Couple days went by without any objections about the merge on the RHN Discord. So on January 29th 2023, it was made official that .PNG and RHN would merge into one network. With that, RHN would take over the roads on Akita and make them theirs. So, shortly after the announcement was made, TyrantrumGOD would start prepping things to document the roads and shelters from Akita and add them to the different lists. Now, RHN will build roads and shelters on 3 out of the 4 worlds that exist on Survival 5. They being Shepherd, Labrador and Akita.

These 20 players, often locals who have their residences close to the roads, have built the RHN (as of December 18th 2022, in alphabetical order):

The built projects consist not only of public roads, but also many bridges, signposts, more than two dozen public shelters. In Spawn City is the RHN Centre (view in map) which, alongside public stables and shelter, also has general info about the RHN, a shop selling everything needed for horse riding, a horse testing range, and more.

The RHN facilitates everything needed to make it easy and enjoyable for everyone to travel by horse (and also by donkey, mule, foot or pig).

For a comprehensive overview of all roads and shelters:

The RHN is an active, ongoing project. Everyone can help with building and maintaining the network! The best way is to join the RHN Discord server. Ask any of the above players in game for an invite, or search/ask for a public link on any of the other Dogcraft related Discord servers. 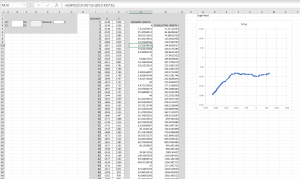 Documentation spreadsheet for Eagle Road, showing the road's coordinates set, the length algorithm, and a map.

The entire RHN system is documented on maps produced regularly by _Shako.

Road distances are measured by _Shako using a Microsoft Excel spreadsheet in which the coordinates of each vertex (or other change of direction) in a road's geometry are entered and a Pythagorean Theorem algorithm outputs the length of each segment and the cumulative distance for all of the entered segments. Every road has its own spreadsheet. 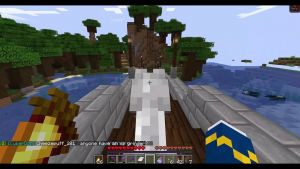 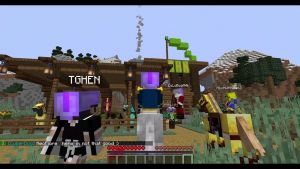