Oasis City was a settlement on the Survival 4 world of the Dogcraft Server. 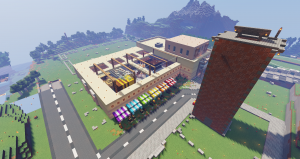 The core area was Market Street, which represented the area with longest history being renovated. Notably, the Oasis Department Store was located on this street. 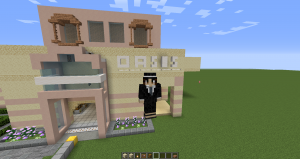 One of the early shopping areas. The store accommodated a department area, 14 indoor and 16 outdoor Oasis Garden player shop plots. The department area was set up with both buy and sell chests for easy to find trades even new players could do. The store was a popular hang out place during early game. 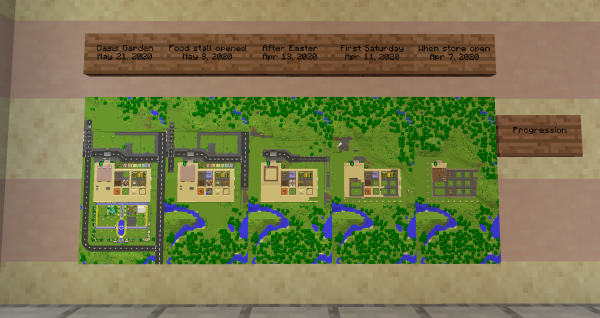 Rapid development of the building and player shop plots

Opposite to the department Store, there was a group of buildings with similar palettes yet different in style. It was set up to test out different building palettes with red bricks.

StenLLuk lived. This residential building had a storage area, garage and a tower with 8 floors for head collection and memento collection display areas.

The head collection display with most head included is the 2021 Christmas scene. All obtainable staff heads and two Husky Christmas card map arts were included in the scene. 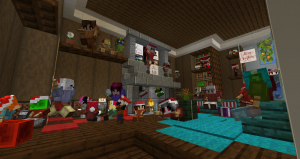 A place where agriculture merchants lived.

This ice-cream van played music and sold visitors ice-cream as a hidden memento.

A beautiful flowerbed street that was under construction. Going downhill via Sombard Street it would pass by unfinished residential buildings and reach the only road in the city. The completed buildings along this street were Strider residences and Wandering Trader residences, the bee house was a building in progress. 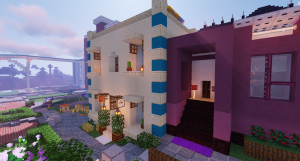 Passing through the Old Town Road entrance while riding a horse could trigger note-block music playing a song similar to Old Town Road. There are two buildings on this road. A horse boutique featuring clothing displays and horse accessories is in a 3-story building which also serve as horse apartments. A flower shop in a subtle red building featuring the cutest shop keeper

Everything started with a department store.

StenLLuk was planning for a place where players could interact and go shopping safely. After early world home setup with fields and villagers, Sten constructed the store and laid down the first street, Market Street.