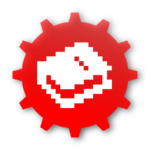 Quests were one of the main methods of earning Dogcraft Dollars during the time of the Survival 1 and Survival 2 worlds. However, quests are no longer available. They were tasks which required the player to submit items, craft items, fight monsters, or speak to NPCs. For the completion of each task, players would receive Dogcraft Dollars, the amount of which was mainly determined by the difficulty of the quest. DCD rewards ranged from just 10 Đ to up to 100,000 Đ.

Most quests were only available for completion once, but there was one quest ("Cookies Destroyer") which could be done over and over. Over the course of Survival 2, quests lost most of their former importance, mainly because of the introduction of systems such as boosts, and some quests simply ceased to exist. The quests GUI was accessible by the command "/quests" or by crafting a "Quest Book" by placing a crafting table in a crafting grid. With the upgrade to 1.13: Update Aquatic and the opening of the Survival 3 world, the quests feature was not carried over, as the plugin was not compatible with the new version of Minecraft.

When they were available, Quests were split into eleven categories: