(Redirected from Guide to Claiming Land) 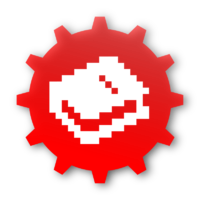 In order to protect your new piece of land you have found on the Dogcraft.net server, you will want to claim some land to mark it as your own and prevent unwanted visitors from building and taking stuff from it. In this Guide to Claiming Land, everything from basic claiming to advanced subdivisions to become a mayor will be covered.

What is a Claim?

In essence, a "claim" is a square region of land that is marked in your name on the server, which, by default, other players cannot build, break or pillage within. Dogcraft uses a plugin called GriefPrevention to do this. Claims have some other properties, too. Creeper and Wither explosions, Endermen block moving and TNT will not work by default within claims and even fluids such as water and lava cannot flow from outside to inside a claim.

Claims work on a system of "Claim Blocks", of which you earn 100 of every hour and can purchase more from the Dogcraft.net store. Each square block in a claim you make uses one of your claim blocks. This means that claims can only be of finite size. In-game, claims are visualized by temporary markings of gold and glowstone that are only temporary and cannot be mined.

There are three methods of creating a claim.

Placing a chest for the first time will create an automatic claim around it.

When you first place down a Chest on the Dogcraft.net server, a 10x10 claim will be automatically setup around it protecting the area. Note that this only works the first time, and the chest cannot be within an existing claim.

You can create a claim with a Golden Shovel tool. These are sold in a Shop Chest at Spawn for 1 Dogcraft Dollar.

Step One: Hold out your golden shovel in your Main Hand and Right-Click on the ground where you want the first corner of your claim to be.

Step Two: While continuing to hold the Golden Shovel in your hand, walk over to the spot you want the second corner of your claim and Right Click it. Note that claims have to be over 100 square blocks in size. (10x10+ or equivalent)

You can use the /claim command to make a claim. Simply type /claim <size of claim> to create a claim. The size you input will be the number of blocks from you to the new border of the claim.

By default, nobody will be able to build or do anything on your claim. If you want to add someone to a claim, however, there's a set of tools you can use to do so giving various levels of access.

On the flip-side, you can remove a player from the trust list using the /untrust <player> command.

Another handy command is /trustlist, which lets players with permission trust and the claim owner view a list of everyone with permissions on a claim.

Finally, the claim owner can add the public to the different permission levels. Replace the <player> on any of the trust commands with the word "public"/"all"/"everyone" to do so. Of course, you can also use /untrust public to remove the public from the different trust levels. Note that the public cannot have permission trust.

Simply right click inside a claim with a stick to view its' borders.

You can also view a list of all of your claims and their co-ordinates using the /claimslist command.

Simply right click one of the golden corners of a claim to resize it. If you make the claim larger, you will need to have the right amount of claim blocks to support the expansion.

It's possible to enable explosions within a claim by standing in it and typing /claimexplosions.

By Subdividing Claims, you are able to create subclaims within a regular "top-level" claim you made as demonstrated in the "Creating Claims" section. This is useful in particular for creating plots in a town, as you are able to trust people in a subclaim without them being trusted in the larger claim. Unlike regular claims, there's no size limitations on subclaims and so they can be as small as one block; subclaims do not take up claim blocks.

Apart from that, Subclaims act like regular claims. They are marked out by temporary Iron and Wool blocks. Do note though, that players trusted in the top level claim will retain their permissions inside any subclaims. Only the owner of the main top level claim can create subclaims within it.

To create subdivisions, you will first need to be standing within the claim you wish to subdivide and type /subdivideclaims.

Step One: As with regular claims, to create a subclaim you hold a golden shovel and right click on a spot on the ground to act as the first corner of your claim, but this time the spot must be within your claim.

Step Two: Walk over to the spot where your second corner will go, and right click there. Your subclaim will now be marked in temporary Iron Blocks and wool blocks.

To remove a subclaim, simply stand within one and type /unclaim or /abandonclaim to remove it. If you now wish to remove the main top level claim you can now simply type /AbandonTopLevelClaim to remove everything.

As mentioned before, players trusted in the top-level claim have the same permissions in any subclaims created within the claim. However, you can restrict subclaims to stop this and specify specific permissions for all players within subclaims. To do this, stand within the subclaim you wish to restrict and type /RestrictSubclaim. Note that only the claim owner can do this.