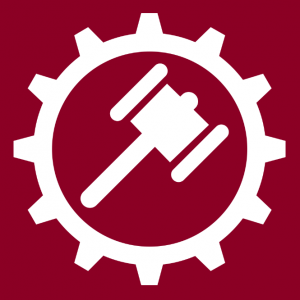 Staff Liaisons assist with communication within the Staff Team.

The Staff Liaison role[note 1] is an internal position in the Staff Team responsible for assisting with internal communication between staff members and the leadership team. Holders of the role are elected in biannual elections, where all staff members, excluding leadership team members, are eligible to put themselves forward to be a rep. Any member of staff (excluding those with the Helper role) are eligible to vote and elections are conducted through a ranked-choice ballot. Staff Liaisons are not a forward facing role and have no external responsibilities or privileges outside of the staff team and a role on the internal staff Discord server.

Although the scope of the role has changed since inception, Staff Liaisons' current responsibilities are relatively limited in scope to simply helping staff members submit feedback, ideas, suggestions and proposals to leadership staff in a timely and effective manner. They may also act as a proxy if a staff member wishes to make a submission anonymously. Although the role is simple in scope, it does involve handling sensitive or otherwise important information, requiring a degree of trust and communication skills. Liaisons are appointed at the discretion of the leadership through an electoral process.

Staff Liaisons are elected by the Staff Team twice a year for sixth month terms. A two consecutive term limit is in place; staff who serve more than two terms are ineligible to stand again immediately. Elections take place over the course of one week, with prospective candidates invited to register for the role by providing a short personal statement. Registration lasts a couple of days, after which a list of candidates and their statements are published. Outside of submitting a personal statement for staff to read, candidates are not permitted to conduct any campaigning. One week after registration opens, the election itself is held over a 24-hour period, during which time staff members are invited to cast their ballot through a ranked-choice voting system, after which the top three candidates with the most votes are duly appointed the title of staff liaison. In the unlikely event of a draw, the Discord and Server leadership are responsible for determining a winner at their discretion, either through selection or runoff ballots. All staff members, apart from leadership team members and those otherwise excluded by the term limit are eligible to stand to be elected Staff Liaison, with every staff member eligible to vote. Server Helpers are the exception; since they are not considered members of the Staff Team, they are ineligible to stand or vote. The first election took place in late-September 2022.

Established as the Server Union Rep role in September of 2017, the role was created as to provide improve the representation of server moderators among head moderator and administrator decision-making. Between September 2017 and January 2018, the role rotated between moderators on a monthly basis. Holders of the role included:

After January 2018, leadership decided to appoint

Scooberson the role permanently to improve consistency with the role. This ran until summer of 2018 when Scooberson took a 2 month break for summer, during which

simply_simon_ stepped up to fill the position until Scooberson's return in August. The two shared the role until October 2018 when the rep position was briefly discontinued while changes in server management were made.

Changes in management saw Scooberson promoted to the role of HeadMod, requiring a new rep to be appointed to work alongside simply_simon_. The selection then came to

briggsmech. RTA was noted for having a significant influence in the direction of the role, including making the appointment of

googly2002 to the team and the renaming of the role to "Staff Rep" in April 2019, before it was renamed later again to DC Server Rep.

As a result of googly2002 being promoted to Discord Head Mod, and briggsmech to Head Mod,

Le_Gambit were appointed the role. In early 2022, Gummi left the position and be replaced by

Minda905 later that year in July.

In September 2022, in response to a number of internal proposals to adjust the scope and selection method of the role, Discord and Server leadership opted to reform the role. First, the role would be renamed to "Staff Liaison" to clear up confusion over the implications of the "Union" and "Rep" names. Second, the scope of the role was clarified to be for assisting in communicating between regular staff members and leadership, as opposed to having any obligations to advocate for private causes. Finally, a new electoral system was put in place; reps would be elected for sixth month terms by staff members in a ranked-choice ballot. Any member of staff, except for leadership team members, would be eligible to stand for the role, with all staff members invited to vote.