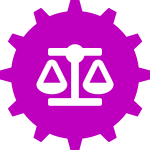 For the rules of the whitelisted patreon server, see Patreon Server Rules And Guidelines

These rules apply to the Server, Discord and Website. Failure to follow these rules may result in an official warning or ban, depending on the rule and the severity of the violation. Three accumulated warnings result in an automatic ban. Bans can be appealed by submitting a ban appeal on the dogcraft website, or by private-messaging a Headmod on Discord.

1. Like Rendog’s channel, our community is family-friendly and PG13. This means swearing and ‘adult content’ are largely prohibited.

2. English is the only language allowed in public, to not exclude anyone and to enable moderation of chat.

3. No spamming or trolling.

4. No advertising in public.

7. Respect all other players.

8. Treat staff members respectfully and follow their directions. Do not backseat moderate.

9. Be respectful of RenDog and his involvement in the community.

10. You are not allowed to be drunk or otherwise intoxicated by substances while using the server, website and Discord.

All General Rules apply to the Dogcraft server.

11. Protect your builds, and build respectfully.

13. Do not use bugs, glitches or anything of the kind.

14. Do not use cracked clients, cheats and only use mods from the allowed list.

15. Cheating the AFK kicker is not allowed.

17. You may not cause large amounts of lag to the server with your farms.

18. Only engage in PVP with consent from all parties involved.

The server will not reimburse items or currencies that were lost in glitches, lag or crashes. If the website is down, DCDs will not work properly, as they’re linked to the website.

19. Place messages in the appropriate channels. For example, images should go to #pics2show and not #chat.

21. You are not allowed to tag the Hermits.

22. Do not abuse the suggestion and reporting feeds on the website.

23. Do not vandalise the Dogcraft Wiki.