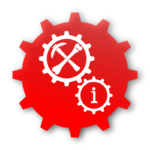 These rules apply to the Server, Discord and Website. Failure to follow these rules may result in an official warning or ban, depending on the rule and the severity of the violation. Three accumulated warnings result in an automatic ban. Bans can be appealed by submiting a ban appeal on the dogcraft website, or by private-messaging a Headmod on Discord.

All General Rules apply to the Dogcraft server.

11. Protect your builds, and build respectfully.

13. Do not exploit bugs, glitches or anything of the kind. Even if they provide no benefit to you or anyone else.

14. Do not use mods or cracked clients.

15. Cheating the AFK kicker is not allowed.

17. You are not allowed to build your own enderman farm.

18. You may not cause large amounts of lag to the server with your farms.

19. Only engage in PVP with consent from all parties involved.

20. Do not spam ‘lag’ or variations of it in chat, this is categorized as ‘spam’.

21. Elytra’s can only be exchanged face to face for a minimum of 200 diamonds. Gifting/Lending them is also not allowed.

23. The server will not reimburse items or currencies that were lost in glitches, lag or crashes.

24. Public XP farms are not allowed, to protect players/mods from having to deal with griefing or other issues. Public playerwarps to XP farms are included in this, even if they charge a teleport fee. Non-XP farms like crops or cattle are allowed to be shared.

All General Rules apply to the Dogcraft Discord server.

The General Rules also apply to voice channels on the Dogcraft Discord.

25. Place messages in the appropriate channels. For example, images should go to #pics2show and not #chat.

27. You are not allowed to tag the Hermits.

28. Do not abuse the suggestion and reporting feeds on the website.

29. Do not vandalise the Dogcraft Wiki.