Defunct: As of the update to 1.17, this feature is no longer in use.

On the Survival 4 world, it is possible to capture a mob inside a "Spawn Egg" item. Capturing mobs is not always successful, you can find a table below with the chance of capture broken down by mob. After capturing one, you can spawn them anywhere, the same way that spawning a mob from an egg works in creative mode. 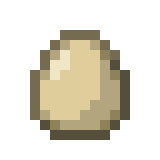 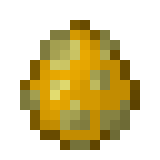 To capture a mob, you are first going to need a normal egg. After you have an egg, walk up to the mob you want to capture, and throw the egg at them. (Throw the egg with right click, like you would normally throw it.) After the egg hits, a "Spawn Egg" item corresponding to the creature might appear where the mob stood. (There is a chance of it failing.) You can now use this spawn egg to spawn in a new mob. Mobs can only give Spawn Eggs of the same type. (Eg. Cows will only give cow eggs)

Capturing a mob has a percentage chance of failure, you can see these chances broken down by mob in the table below.