"Greetings Cyberdogs and citizens of the internet!" ReNDoG

ReNDoG is a YouTuber who focuses on producing family friendly content for anyone to enjoy. His content is primarily Minecraft, but he's uploaded plenty of content on other amazing games as well. He's also a proud member of Hermitcraft and often collaborates on videos with his fellow Hermitcraft members.

ReNDoG is South-African, though currently lives in England. Throughout many of his videos, he recounts many of his childhood stories and experiences, adding his particular brand of humor in order to engage viewers.

ReNDoG created his YouTube channel on the 9th of January, 2006; only a year into the site's history as a whole. On his channel ReNDoG would feature a number of games, ranging from as Metro: Last Light to Project Zomboid. Through this time period up until around 2014 his content was quite varied. Many of his earlier videos are no longer available on his channel for various reasons, however, though ReNDoG would learn a lot from his early work.

In late 2010, ReNDoG pivoted to making videos about the 2D-Sandbox game Terraria, uploading videos of him playing the game as well as guides for the Wiki. ReNDoG would find his first breakout success in December of 2011 with his upload of Let's Play Terraria: Episode 1 (Afro) which would see 150,000 views in its' lifetime. Through his early Terraria videos, ReNDoG grew a fanbase, which he would eventually name "Cyberdogs". More recently, ReN has dabbled in Terraria again with another Let's Play, however the play through was never completed. 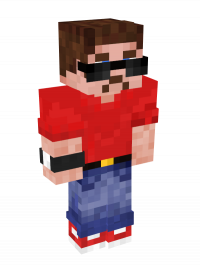 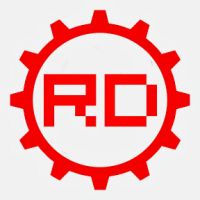 Let's Play Minecraft would run on his channel for over five years until the 22nd of July, 2017 where, after five seasons, he uploaded his final video in the world. Throughout this period, ReNDog's community would grow substantially and a fansite was created, Dogcraft.net.

On Sep 12, 2017, ReNDoG uploaded the first episode in a new Minecraft Let's Play series where he would begin establishing the Moleshire. The first episode was called WE BEGIN AGAIN! The last episode S01E81 appeared on YouTube on Oct 25, 2018 an episode called BUBBLEVATOR UPGRADE!

The Hermitcraft roster artwork from hermitcraft.com. Ren is on the top row fourth from the right.

On the 22nd of March, 2015, ReNDoG uploaded his first video as part of a YouTuber community as joined the Kingdomcraft server in an episode aptly titled "A New Era has begun"[1]. This new series and format proved to be highly popular with viewers and its success is commonly cited by ReNDoG himself as a turning point for the channel. Around this time, he also began streaming more regularly on his twitch channel.

In 2016, on February the 26th, ReNDoG was officially revealed as a new server member on the Hermitcraft server as he uploaded his first video as a member of the community, "Gift for the Hermits"[2]. He has regularly uploaded videos from the server ever since and made close friendships with other hermits, particularly Iskall85.

Starting in early 2015, ReNDoG began streaming fairly regularly on his twitch channel, RendogTV. ReNDoG streamed a variety of games; primarily Minecraft, but also others, including They Are Billions and PlayerUnknown's Battlegrounds. ReNDoG continues to actively stream throughout the week to this day. Throughout 2020 and early 2021, ReNDoG participated in the Noxcrew's Minecraft Championships series alongside other Hermitcraft members. In April 2021, ReNDoG participated in the Three Lives Hardcore SMP server.