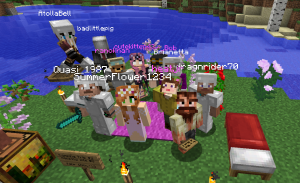 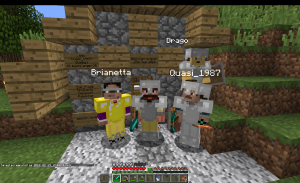 The trips are intended to have an as fresh as possible newbie, vanilla experience. When playing on a building-focused server as dogcraft.net it is sometimes refreshing to drop everything and play the game as if you're starting all over again - and it's fun to do it together, with a bunch of other cyberdogs.

A trip usually lasts for a couple of hours. While traveling, the group often sets up makeshift camps, to survive the night, sleep, regroup, acquire some food or do a bit of mining. Signs are often placed at such locations, to inform any possible future traveler. At the end of the trip it has become common place to make a modest cabin or house. The travelers leave their acquired belongings there and mark the built with some signs (trip number, date, participants, etc). After the trip the event is usually documented with a forum or discord post, including pictures.

Although most trips so far have been initiated by _edo, anyone can do such trips. They can be planned in advance or just done in an ad-hoc fashion.